The Beltway Loop Around

Much like our area’s beloved Beltway during rush hour, yesterday’s sports page was JAM PACKED.  A fan favorite for the Nationals got off at the next exit, two high ups with the Baltimore Orioles decided to sit in traffic for a couple more years, and one future NFL star’s draft stock just slammed on the breaks.

In order to effectively cover yesterday’s initially positive turned stomach-turning day of sports news, we realized we had to change our format a tad.  We would like to introduce a new type of article we like to call the “Beltway Loop Around.”  We will zip around the “Inner Loop” covering our beloved hometown squads, and then we will head to the “Outer Loop” to cover the national stories.  We will try to be short and sweet with each story, but lets be real…we can get wordier than a bowl of Alpha-Bits.  BUCKle up your seat belts, put it in drive, and sit with us in sports gridlock. 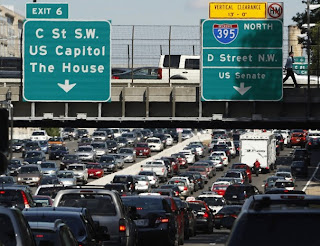 The Washington Nationals traded away fan favorite 1B/LF Mike Morse, a.k.a. Big Mike, a.k.a. Beast Mode.  This was expected when the Nationals re-signed 1B Adam LaRoche, but that does not mean it doesn’t sting a little bit.  Big Mike plays the game with childish enthusiasm and a blue-collar work ethic.  He has had to grind to get to where he is at in the Big Leagues, and we wish him the VERY BEST of luck in Seattle. We will miss you Big Mike, may the Emerald City enjoy your Samurai Cobra Snake as much as Natstown did.

Mike Rizzo continues to make this whole General Manager job look easy by receiving three players in return in this three-team trade.  In the deal the Nationals received RHP’s Blake Treinen and A.J. Cole. Yes folks, the same A.J. Cole that the Nationals traded for Gio Gonzalez.  Already recouping one of the prospects already given up is a savvy move by the Riz.  The Nationals will also be receiving a player to be named later whose caliber will be determined by the season that Big Mike has in Seattle.

Here’s what we know: Both Treinen and Cole are young and a few years away from making any impact in the Big Leagues.  Cole is a tall lanky 21-year-old kid with a high velocity fastball and a power curveball.  He is still developing his change up, and could project as a back end reliever.  Treinen is 24 years old, with a power arm.  However, the fact that he’s 24 and has only reached High-A ball leads us to believe he either has had arm problems in the past or just isn’t that good.  He is a long ways from the Big Leagues, and if the Oakland A’s are willing to part with a prospect he may not be that great. HOWEVA, we trust the Riz on this one and hopefully Treinen can help out the bullpen in a year or two.

The Baltimore Orioles signed General Manager Dan “The Duke” Duquette and manager Buck Showalter to 6-year extensions yesterday.  Six-year extensions for managers or GM’s are relatively unheard of especially for a team who doesn’t give starting pitchers more than 3-year contracts.  Yet, if anybody deserves these extensions it’s the no non-sense manager whose quiet and calm coolness motivated a team of afterthoughts to believe in themselves; and the GM who took a flyer on International talent, retreads, and young bucks whose “prospect” tag had already been shed.  They believed in the team, and the fan base believes in them.  With the extensions, the Orioles have stability at the top to further a sustainable competitive roster.

The Zards lost last night in Sacramento 95-94 in a game where they led for the majority of it. Future Wizard DeMarcus Cousins proved to be too much for the Chocolate City Chuckers.

Silver lining: John Wall continues to impress with a stat line of 14 points and 10 assists.  He did miss two free throws in the final 30 seconds when the game was tied; and his jumper continues to be a work in progress.

And the final exit ramp of our Inner Loop is brought to you by some clever and talented Ravens fans.  Anytime you can incorporate “Call Me Maybe”, we will enjoy it, but tread lightly Ravens Nation. Be careful what you wish for when you say “We Want Brady.”

Out of nowhere Chip Kelly made a complete 180 and acepted the head coaching job with the Philadelphia Eagles.  Why on earth would Chip Kelly turn down three NFL head coaching offers, announce he’s returning to Oregon, and then flip the script a week later? It’s quite simple actually, and they’re called NCAA INFRACTIONS.  Pete Carroll 2.0. And let us tell you why we think th—.

That right there was our country’s collective head exploding when Deadspin.com unleashed the fury with their article on Manti Te’o.

In case you’ve been living under Charlie Weis’s chin for the past couple of days, you know the story here. Manti Te’o’s inspirational senior year riddled with personal tragedy was all a farce, and his dead girlfriend never even existed.

Quite frankly the most unbelievable part of this crazy, absurd, mind numbing, stomach churning, and sickening story is that people actually believed The Notre Dame Fighting Irish had a chance against Alabama in the National Championship Game.  It is our belief that Manti Te’o didn’t actually exist during that game.

We have a few questions that arose with this brain-bomb:

3) Was this an elaborate publicity stunt in order to help Te’o’s Heisman campaign?

4) Is this an elaborate cover up to protect Manti Te’o’s homosexuality?
If this is the case, then sports, as a culture needs to take a look in the mirror. If a kid has to    create this unthinkable lie in order to keep his homosexuality a secret in order to still be drafted and not become a pariah in his own locker room; then we have still got serious problems in our society.

5) Our final question is what would Brent Musberger’s reaction had been if Lenny Kekua was a real girl and was actually at the National Championship game?

“That right there, folks, is one tasty island treat! All you young Samoans out there, grab a tackling dummy and a weight bench because the linebackers get the pretty ones!”

The traffic is starting to clear, there are less and less brake lights, and the commute is over.  Thanks for sitting in gridlock with us, see ya at rush hour. 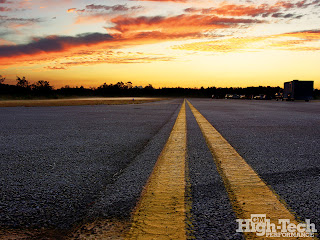