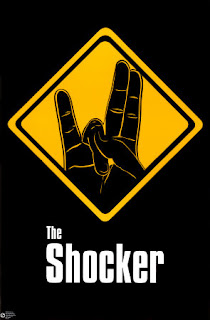 I was perusing photo albums on Facebook the other day when I stumbled across a photo of an acquaintance from college.  This was a fairly recent photo in which the said acquaintance was throwing up the "shocker" .  I personally never understood how throwing up the shocker in a picture was deemed cool, but it was understood and accepted while in college.  However, once you've graduated from college it seems like displaying the "two in the pink, one in the stink" seems a bit outdated and overall toolish.  Now I’m certainly not condemning the act of physically placing “two in the gutter, one in the turdcutter”, but displaying the gesture in pictures is played out.  This public service announcement is meant to warn you all against the hazards of continuing to use the shocker, and really just poke fun at anyone who thought it was cool in the first place.
As indicated earlier it always confused me as to why displaying “two in the goo, one in the poo” was considered a cool thing to do when posing for pictures.  It’s hard to trace back the roots of when presenting the “two in the chalupa, one in the poopah” became fashionable but I know one thing for sure, Mike Vick was still allowed to own dogs.  Some believe it was 2006 which was also around the time when Andy Reid was still considered a good father.  Anyways, pictures started popping up on Facebook, and Myspace in which at first glance, everyone in the picture appeared to be smiling. And then upon further review there would be a guy or two who were publicly displaying “two for the stabbin, one for the cabin”.  For whatever reason, this phenomenon caught on and from frat to frat all across the country shockers began emerging in one too many pictures.  I personally have never been found guilty of proudly throwing up “two in the pocket, one in the chocolate”, and it is probably because I never grasped onto why it was stylish to ruin pictures with the gesture.  Here are a few reasons that I hope can provide some reasoning for why these posterboys of douchbaggery  insist on ruining every picture with their rendition of “two in the juice, one in the deuce.”  Here is a journey inside their brain, proceed with the utmost caution…
1)      I just pulled off the shocker with some chick, take a whiff!
2)      I’m gonna shock this chick!
3)      I’ve seen other tools doing this with their hands in pictures so I’m gonna try it too.  But first let me put on   my puca shells necklace.
4)      I just put my lax stick down and I didn’t know what else to do with my hands.
5)      I’m a complete twat.
There are only three acceptable excuses for posing with “two in the bush, one in the tush”:
1)      You are a student, alum, or fan of Arizona State University where their mascot is the Sun Devil.  It is their schools custom to throw up the same hand symbol, but to them it is called “the pitchfork.”
2)      You are a student, alum, or fan of Wichita State whose mascot happens to be “The Shockers”.  So in a super clever play on words the student sections at most WSU athletic events throw up the shocker in a way of “school pride” (my tongue is in my cheek deeper than a Mark Reynolds home run right now).
3)      And of course the final excuse for posing with “two in the giney, one in the hiney” is if you’re a girl.  No further explanation is necessary, am I right fellas? 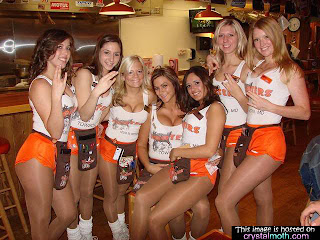 It disturbs me to tell you all that the shocker is still very relevant in society; in fact it didn’t die with those jerkoffs in college.  Unfortunately these said jerkoffs have now entered the working world and have given society the big middle finger by refusing to retire their infamous hand gesture.
For example: Night out at the bar, throw up the shocker.  Tailgating at a Redskins game, throw up the shocker.  At your nephew’s baptism, throw up the shocker.
The shocker may have started with fratastic goombahs, but quickly trickled down to high schoolers, middle schoolers, and yes of course the little tykes still in elementary school.  If I was thinking about hiring a guy to work for my business I would do my due diligence and stalk this candidate’s Facebook profile.  If I saw any picture of him at anytime showing “two in the snapper, one in the crapper” I would immediately crumple up his resume and use it to wipe my stink pot.  I would then proceed to call this guy and inform him that he did not get the job simply because I found a picture of him looking like a complete donk.  So he can take his masters degree, his summa cum laude, and cram them up his cram hole because posing with “two in the humper, one in the dumper” is just not acceptable anytime and anywhere.
Quite frankly, it’s never been cool to throw up the shocker in a picture and anyone who thinks it’s cool probably also think it’s cool to dress like this.  In either case, at the end of the day, you just look like a complete moron.  Enough is enough fellas.  No, seriously.  The day the shocker is deemed cool again is the day Albert Haynesworth turns down dessert.
Posted by Battle of the Beltway at 7:19 PM