WARNING: THIS ARTICLE IS PUMPED FULL OF HOMERISTIC OPTIMISM.

This past weekend we saw two of the more anticipated and electrifying professional debuts in our region since Strasburg K’ed up 14 lowly Pirates.  Both debuts were a smaller sample size than a Jehovah’s Witness’s conversion percentage. BUT, that’s not going to stop us from getting over the moon excited about Robert Griffin III’s 148 QB Rating or Manny Machado’s three bolts in his first weekend in the Big Leagues!

Let’s start with the lesser-anticipated debut of Manny Machado or as we like to call him “Manny Mucho.”  Mucho is only 20 years old and was not expected to make his big league arrival until 2013 at the very earliest.  He was only hitting .266 in Double-A Bowie, which is beyond impressive for a 20 year old, but certainly not knocking down the doors of the MLB.

I’ll admit, I was a little skeptical of this move and thought it was a little overzealous by management.  Manny Mucho was being groomed in the Minors as the future shortstop of Birdland, yet he received the call up to be the everyday third basemen for the Orioles.  Third Base and Shortstop may be on the same side of the infield, but they are truly miles apart.  Don’t kid yourselves folks, there is a big difference between the two positions, and the transition is certainly asking a lot of a 20 year old youngster.

The reason for Machado’s call up is because the play the Orioles’ have received this season at third base has been a shade above atrocious.  Mark Reynolds and Wilson Betemit have been so brutal at the hot corner, that Webster’s has created a new word:

Betenolds (adj.) a combination of Reynolds and Betemit. It means horrible, awful, abysmal.

So those were my reservations, and then Manny Mucho came up, started four games, and crushed major league pitching.  No seriously, the dude is flat out raking.  He’s already hit for the cycle…albeit, spread out over four games. But he is hitting .375 with 3 HR’s and 7 RBI’s in those four games.  He was crushing hanging breaking balls to left field and taking outside fastballs out of the yard to right field.  He is making impressive adjustments at the plate that many seasoned veterans still can’t make. Cut to Mark Reynolds nodding in agreement.

Manny Mucho will make a few errors at third because he is still adjusting to the speed and quicker reaction time that is required of the hot corner.  But, that is something we can live with because I’d rather swallow a knife than watch the alternative. 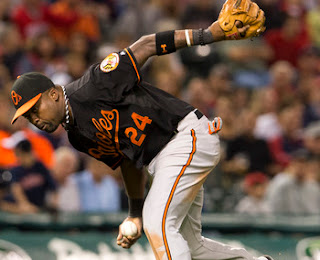 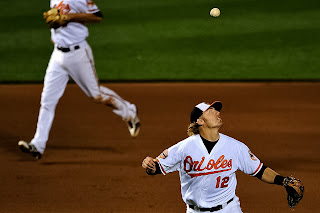 When ShanahAllen traded away a haul that made even Mike Ditka blush, it was clear that the franchise was going all in on an impressive yet unproven youngster.  The fan base exploded with excitement and optimism, and why the hell not? The dude was a cold blooded surgeon in college, his athletic prowess is so impressive that it belongs in the Smithsonian, and his off the field moxie and wherewithal is off the charts.

Robert Griffin III only threw six passes  against the Buffalo Bills last Thursday, but that was enough to make most of Redskins Nation change their pants six times.  His line read 4-6, 70 yards, a TD, and QB rating of 148.0.  What’s that you say? He lost a fumble? Take a lap and go play in traffic.  This article is about optimism and is not for Debby Downers!

RG3 was poised, fluid, and his swag had swag.  He was very calm in the pocket and his throws were accurate.  He is going to have to be poised and calm in the pocket especially because the Redskins offensive line has more holes than Casey Anthony’s alibis.

Bobby Griff was also developing a rapport with high priced wide receiver Pierre Garcon.  In there limited time together, Griffin connected with Garcon for 3 catches  for 58 yards, including a 20 yard TD off a bubble screen.  Nice catch and run Pierre, but maybe a little more staying upright and a little less on the flips.

RG Threesus is most definitely our homeboy, and his future is bright.  He has put a fan base and a franchise on his back.  Manny Mucho is punishing major league pitching and is proving why he is ranked as the #3 prospect in all of baseball.  There is a lot of hype surrounding these two and they appear ready to handle all the pressure that comes with their expectations.

We are fired up! We are jacked up! We are booming with optimism and if you jump in front of this bandwagon you might end up like Jimmy from Road House.