Raise your hand if you’ve played the classic game of “Marry/Bang/Kill? For those of you who don’t know what this game is allow us to explain.  Three names are thrown out into the open whether they are celebrities, girls in your Intro to Sociology class, or women you work with. The premise is to decide which one of these three you would marry, which one you would bang, and which one you would kill.
Example: Jessica Biel, Mila Kunis, Cameron Diaz (aka the Justin Timberlake round)
I’d marry Biel, bang Kunis, and kill Diaz. Now I have my reasons for all of these and you will most certainly disagree, but that’s the beauty of this game.  Everyone has their own opinions and own ideas.
We are big fans and avid readers of the website grantland.com.  They have great writers, topical topics, and help us get through the work day (and hopefully will hire us).  They recently had an article by By Patrice Evans featuring Chris Ryan, Rafe Bartholomew, and Jay Caspian Kang about albums by the rap group A Tribe Called Quest to the theme of the time-honored game “Marry/F@#$/Kill”.  In this they dissected each album and chose three songs from each, the one they would marry (the one the liked the most), the one they would bang (the song they liked hearing just once), and the song they would kill (the song they hated).
Well much to no one’s surprise this has gotten our creative juices flowing like a waterslide at the Excalibur’s pool in Las Vegas.  We have decided to make this a column that we hope to do bi-weekly, but will probably do super randomly. However, we will be putting our patented D.C. sports area bias into this game by changing the name from Marry/Bang/Kill to Ripken/McNabb/Snyder with a side of Campbell.
Elaboration ensues…
Ripken (Marry): Is there a more transcendent sports figure in this area than Cal Ripken Jr.? I know I know, he played for the Baltimore Orioles but this guy was an icon for most of the sports fans in the DMV for many years.  The Orioles were D.C.’s team until the Nationals came to town and Cal played for the Birds for his entire career (1983-2001).  He is many of our heroes and someone everyone in the DMV loves, respects, and admires. This makes him the perfect choice for the “Marry” portion. 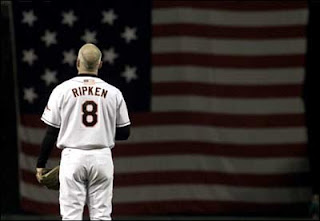 McNabb (Bang): Nothing epitomizes a one night stand more than the Donovan McNabb era in D.C.  It was a onetime deal, it didn’t work out well for anyone even though we were all very excited about it at the beginning.  But by the end it was just a bad fit and chances of a 2nd go around are slim to none.  Tell me that don’t sound like 98% of your one night stands ladies and gents.
Quick sidebar: We went back and forth on who to use for the “Bang” category.  For the record the Battle of the Beltway is a huge supporter of Donovan McNabb to this day.  We loved the trade (even though we really have a soft spot for Jason Campbell, more on that shortly) and staunchly supported Donnie even when the Shanahans were murdering his career like Sonny Corleone at a toll booth. This being said we really did not want to use his name because of the negative connotation that would have stemmed from him being a one night stand, but in the end he was the best example in our opinions to represent this category.  However, there was a very close runner-up in this race and that is none other than Albert Belle. When the Orioles signed Albert Belle to a 5 year $65 million deal, O’s fans collectively cheered the edition of a legit power bat in the middle of our lineup.  Yet after two fairly unproductive seasons, Albert retired thanks to a degenerative hip and the O’s were on the hook to pay him the next three seasons.  In other words things got hot and heavy with Albert, we all invested emotions, and got burned…bad.  In some of your cases this could resemble more of a one night stand than the McNabb scenario, and if that’s case we might suggest you visit your doctor for that burning sensation.
Snyder (Kill): I mean come on, this is obvious.  He is the most hated and despised figure in all of D.C. Sports.  He is the villain to all of our hopes and dreams.  He has transformed our once proud Redskins into the butt of every NFL joke.  They are dysfunctional and problematic losers all thanks to Danny boy.  I have a scenario for all you die hard Redskins fans out there: What if I told you that you could kill one person and you could get away with it without any repercussions? I think we all would have the same answer on who we would pick… 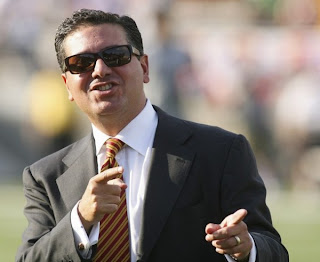 Now clearly we have taken this classic dish known as Marry/Bang/Kill and thrown in some different ingredients, but now allow us to throw in a little bit more of our own personal flavor.  We will call this new element the “Pity Bang” aka the Jason Campbell.
Jason Campbell (Pity Bang): This is the player that you love and really want to see them do well.   This is that girl you’ll hop in the sack with, hoping the action gives them the self confidence they need to succeed.  Seriously, who didn’t like Jason Campbell? He was a class act and remained calm even when his world was crashing down all around him like the dream sequences in Inception.  He had a new coordinator and offensive system to learn every season, his coaches did not support him, and his offensive line was full of matadors, olè! There have been many athletes in this town that we all would have thrown some strange at just to get them the confidence they needed to succeed and yet none more so than Jason Campbell.
Our first installment will be coming on Monday (hopefully), and we will put this to the test.
Questions, comments, concerns, please do not hesitate to email us at beltway.battle1119@gmail.com
Follow us on twitter @Beltway_Battle
And check us out on Facebook at “Battle of the Beltway” for updates, posts, and pictures of Tyler in scantily clad clothing.
Posted by Battle of the Beltway at 4:06 PM