It’s that time of year again.  The weather is finally, and mercifully giving us 70-80 degree days on the reg, the sun is consistently shining, and skirts and shorts are getting shorter and more prevalent.  With this warm weather you might even run into a guy wearing a pair of these. (You better believe we are going to provide a Public Service Announcement on Jorts very...soon!) But now I’ll get to the point of today's entry, it’s DRAFT SEASON, kid! 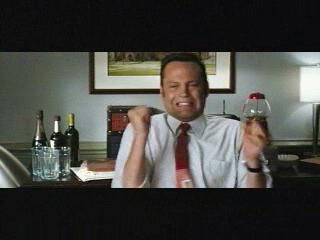 All four major sports leagues have either held their draft already (NFL) or has one coming up (NBA, MLB, NHL).  D.C. is one of the few cities in the country with four horses in the draft race so this is no doubt an extremely exciting time of year in our Nation's Capitol. It is time to cash in on yet another losing season by our beloved professional sports franchises.

We’re going to go down the road less travelled here and first discuss the NBA draft because let’s be honest, after seeing these there is definitely more buzz now than ever around the Bulle…Wizards, sorry.
Despite the fact that this is clearly the weakest draft since this disaster...or perhaps you'd prefer this one?  There is still talent right in the neighborhood of where the Wizards will be drafting.  If you’re keeping score at home, statistically the Wizards should end up with the 4th pick overall.  Let’s not just look at that scenario though, let’s look at whothey should draft if they get the 4th, 3rd, 2nd, or even number 1 overall pick.

Number 4: Kawhi Leonard—Sophomore from SDSU. 6-7" (tweener, likely a 3/undersized 4)    Kawhi Leonard, was the 56th best high schooler 2 years ago and is now being projected as the 4th overall pick, which at first glance seems like too meteoric a rise.  But consider SDSU put together a 32-2 season , with a 14-2 record in the Mountain West. The only two games they lost was to everybody’s second favorite Mormon, (first is Bryce Harper, of course) Jimmer Fredette.  His closest pro comparison is Gerald Wallace, and if  he has that type of career everybody in D.C. should be thrilled.  Leonard has been described as a high motor rebounding machine that needs a more polished perimeter game.  By all accounts he has advanced his perimeter game by leaps and bounds to the point where he could be a respectable small forward, swingman type and will only get better. He has also been described as a guy that will be a very solid role player in the Association and one that has virtually no shot at being a bust.  Not to mention his excellent work ethic, this is the type of character guy T.O.B and big Ern should be looking to surround John Wall with.

Number 3:  Enes Kanter—Frosh. Turkey 6-11" Power forward.
This guy is an enigma wrapped in a riddle, but not because he has ANY character red flags.  It’s because he really is unknown to the American public, nor has anyone who bleeds red, white, and blue seen him play in close to a year. He was ruled ineligible at Kentucky by the NCAA because of benefits he took while he was 16 years old and a member of a professional Turkish team.  What makes this guy so intriguing is the big numbers he’s put up against seemingly better American talent. Nugget of the Day: This tantalizing Turk put up 34 pts and 13 boards on Jared Sullinger, who was the odds on No. 1 pick before deciding to remain at Ohio State.  Oh and Enes "Kan't Touch This" Kanter did all of this in only 22 minutes, that is positively staggering.  The guy is 6-11", has no problem banging down low, has a more polished if underutilized perimeter game and is super refined down low.  By the way of those 13 boards, 8 were offensive.  If you have the ability to pair him and Javale McGee underneath you’d have a pretty nasty combo in your froncourt with an excellent shot blocking and defensive rebounding center in McGee, and a very polished/efficient offensive power foward in Kanter.  Not to mention with both of these skyscrapers underneath, other teams would have to game plan for basically two 7 footers.  Kanter’s presence immediately makes McGee a better player and opens up passing lanes for Wall and driving lanes for Crawford.  Honestly, the best they can do in this draft is get Kanter, unless they get No. 1……

Number 2:  Derrick Williams—6-8 SF-PF AZ.
If you watched any of March Madness then you really don’t need to read what we think about Derrick Williams.  Explosive athlete with a high motor.  Projects very well as a potential all-star small forward if he can improve his perimeter scoring.  Williams carried Arizona for much of the year and will not have that burden if he comes to D.C. The type of offense the Wizards could run with Wall, McGee, and Derrick Williams in the rotation would be the D’Antoni Suns on steroids.  Williams does not come along with the talent and compaprison questions that nag Kanter.  But Williams is not as solid as a power forward prospect as the readymade Kanter. Williams can play both spots, but would probably be more lethal as a 6-8 small forward.  Ask the folks in South Beach how having a super athletic 6-8 small forward is.  They’ll tell you it’s pretty sweet.  He has no problem getting to the rack or finishing and is a good rebounder.  Williams has a much higher ceiling than Kanter or Leonard, problem there is you never know if it will be reached.

Number 1: TRADE
It’s a rare thing when a team is in a position to trade the number 1 overall pick.  By no means are the Wizards in a position where they shouldn’t draft any one of the three above, although Leonard at no. 1 over the other two has David Kahn written all over it.  HOWEVA  the best prospect and player in this draft is Kyrie Irving, off the top of my head I can think of a few teams in the West that need the services of what figures to be an above average likely all-star NBA point guard.  That would be the Portland Trailblazers,  Los Angeles Lakers, Minnesota T-Wolves, and Utah Jazz.  There are more out there but let’s stay focused for now

Blazers:
This is by far the most attractive option for the Wizards.  You package this year’s number 1 and the pick you got from the Hawks, (18th overall) and you throw in Andray Blatche, sure you’re eating his contract but whatever.  What you humbly request in return is Lamarcus Aldridge and their no. 1 next year.  Likely in the 20’s anyway.  You’d be surprised that for as young a team as this Blazers team is, they’ve been young for awhile now and have been the sexy Western conference pick for about three years, recently usurped by the Thunder, you could make the case they’re in the win now mode.  Aldrige positively made, “the leap,” to premier PF this year averaging 21 pts 8 boards and a block this year.  He’s 25 and is entering his prime.  The Blazers scoop this pick up, make a massive upgrade with Irving at PG replacing Andre Miller, insert Blatche at the four or make him a 17-5 off the bench which he’s done in DC.  Then with the 18 pick they snag Kenneth Faried and get the best rebounder available in the draft, a Dennis Rodman type.  They’ve reloaded they’re front court with scoring and boards and have enough looks to keep the focus off of Greg Oden on both the offensive and defensive ends.

Lakers:
Not much here but there is some intriguing potential.  Again this time you’re packaging the number 1 & 18 for sure, you kick the tires and see if maybe you can get Gasol, Bynum or Odom (if it’s Odom you take away the 18th pick)  Again I think you have to throw in Blatche if you want Gasol.  I know he’s a little soft, getting a bit older, but he has no problem not being, “the guy,” brings strong veteran leadership, and knows what it takes to win.  Could serve as an invaluable mentor to McGee but would also be a pretty excellent option for Wall.  The Lake show, start the rebuilding process a little earlier and with more subtlety than folks realize.  Irving would still be able to distribute to Bynum, Odom, Artest, and oh yea Kobe Bryant.  The Lakers can say goodbye to Steve Blake, and have Fisher mentor Irving for a year as the Lakers gently show Fisher the door.

T-Wolves:
Two words Kevin Love.  Again you’re trading out of this draft all together and sending Minnesota a piece it desperately needs, a viable PG.  Has David Kahn drafted poitn guards in the past 4-5 drafts? Yes. Will he stop here? No.  He is the NBA version of Matt Millen and his annual wide receiver run. This team is awful and the sooner they realize their fate is as bad or worse than anyone thinks it is, the sooner the healing can begin.  Rubio is an unknown at this point (somehow) they will have another lottery pick this year, so likely they take Kanter to replace Love anyway.  So they’re only out a starting PF for about 20 minutes anyway.  They will ABSOLUTLEY be a lottery team next year and will be in a position to draft a SG or SF.  For arguments sake the 2012 Wolves could have Irving, Kanter, and Harry Barnes.  Not a terrible start considering the Lakers and Spurs are done, the Thunder will be held back unless Westbrook gets a lobotomy, Nash and the Suns are two years from being a lottery team, and Griffin’s and Oden’s knees unfortunately will eventually hold them back from reaching their ultimate potential

Jazz:
This actually could be a 1 for 1 or 1 for 2.  The pick goes to the Jazz for Derrick Favors or Paul Millsap.  The Jazz get their PG of the future, the Wizards get an offensive PF in either Millsap or Favors, definitely the possibility for the cleanest trade and Devin Harris once again has to find a new home.  Sorry man. Remember Harris was taken with the Wizards' 5th overall pick, but was sent to Dallas in the Antawn Jamison deal. Don't be mad Devin, it's just the Circle of Life.

These are just a few ideas to mull over and chew on for the next few hours until the NBA Draft Lottery announces our fate.
Posted by Battle of the Beltway at 2:45 PM