The only thing that surprised me when Cole Hamels threw at Bryce Harper, was that the ball did not explode and disintegrate into dust when it connected with Harper’s lower back.

Baseball has a way of policing itself and pitchers throwing at batters is as ingrained in the game as a tin of Skoal in a player’s back pocket.  If a batter does something that upsets the opposing team such as run his mouth a little too much, show up the other team, or admires a home run a little longer than he probably should, all warrant wearing a fastball in the back.  It is the pitcher’s obligation to stand up for his teammates and he does this by “trying to come in with a fastball, but then it got away” or some tongue-in-cheek response of this nature.  There can be some serious ramifications if a pitcher is expected to protect his comrades of the clubhouse and does not come through, just ask Sean Tracey.

With all that said, Cole Hamels has absolutely no reason to drill Bryce Harper in the bottom of the first inning in Sunday night’s game.  It was obvious that it was intentional, even if Hamels had not shown his ass in his postgame interviews and proudly admitted to plunking the Nationals’ phenom on purpose.  It is no secret that Harper has the tendency to rub people the wrong way, but he has done NOTHING to warrant a bean-ball during his infant 8 game big league career.  The only team who maybe had a reason to hit Harper was the Los Angeles Dodgers after Harper intentionally knocked off his own helmet as he flew into second base on his first career hit. 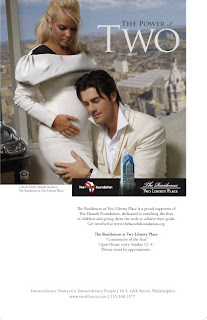 Aside from that, Harper has been a model teammate and opponent since receiving his much heralded call up.  He has been humble, and acknowledges ALL of his teammates in any post game interview.  Not to mention the kid plays harder than Brady Anderson’s six-pack.  He has not shown up any opponents, and he is a throw-back  in every sense of the word.  He rocks stirrups, runs as hard as he can every time out of the box, and plays the game right way.  One could say he is “old school.” 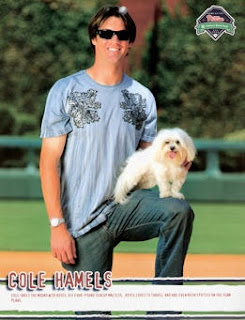 Cole Hamels thinks he is old school just because he hit a rookie in the back.  The first rule of actually being "old school", is never declaring yourself as "old school."  Sorry, Cole but I don’t think Bob Gibson would sip strawberry daiquiris, wear skinny jeans and go on the Ellen DeGeneres show.  Cole “Old School” Hamels has done all of these “activities”.  If “The Philly Pretty Boy” is old school, than Bobby Knight is progressive and refreshing.  Baseball has changed over the past few decades, and pitchers do not just plunk a rookie simply to welcome him to the big leagues anymore.  If Harper had shown up the Phillies or done something to disrespect the game, then Hamels should drill him, but not just because he ripped through the minors and has played hard and hustled since his call up. 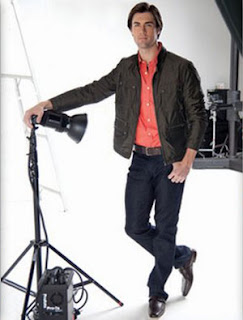 Another time when it is acceptable to intentionally hit an opposing batter is if one of your teammates has been clearly plunked on purpose. This was the case with Bryce Harper, so Jordan Zimmermann put the Nationals on his back and threw at Cole Hamels.  Hamels hypocritically stared out at Zimmermann as he took the stroll to first base.  It is important for a pitcher to show the players in the lineup that he will protect them, and he is not afraid to hit the other team’s batters.  Especially when you have a 19-year-old rookie who has more talent in his pinkie than the tens of thousands of fans who boo him relentlessly on the road.  Zimmermann stepped up, protected his young teammate, and sent a message to the Phillies that their days of walking all over the Nats were over.  Zimmermann’s postgame response, although most likely dishonest, is the way you handle this situation.  He alluded to the idea that the ball got away from him, he didn’t pound his chest and act like a tough guy who proudly admitted to going after a 19-year-old rookie. 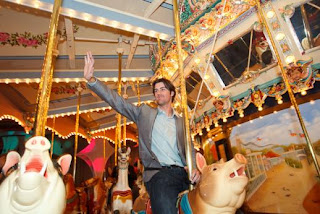 By now we have all heard Mike Rizzo’s spot on comments about Cole Hamels.  I love what the Riz said, and as a player you’ve got to love how he is willing to come to bat for you.  But again, the Riz is biased because he is sticking up for his players.  Yet, other respected voices from the game have come out in support of Harper.

Curt Schilling: “I never threw at a guy for being a rookie. That’s just so stupid. It’s like throwing at a guy for hitting a homerun when you threw a crappy pitch. You throw at guys for specific things.”

Jim Leyland: "We're always talking about our game being cleaned up and doing the right things for our game in all areas of the game – and I'm 100 percent for that," Leyland told radio broadcaster Dan Dickerson during his pre-game show Monday night. "But this is a perfect time to show that we mean business, and I think this suspension is way, way too light."

Mitch Williams: “It was stupid. The only time you hit somebody is, number one if they show you up in anyway, they put a target on their back. or if you’re protecting one of your players.  Bryce Harper, at this point, in his short week and a half career, has done nothing but play the game hard. So to drill him in his first at-bat, for no reason whatsoever, is ridiculous. It’s ludicrous, honestly.”

Look for some more fireworks to come from this the next time the Phillies play the Nationals.  The rivalry is just heating up, and as it continues to grow we may look back on this past weekend’s series as the jump off. 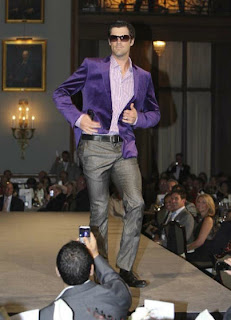 For more of these hilarious photos of Cole Hamels check out: http://www.tedquarters.net/2009/10/15/embarrassing-photos-of-cole-hamels/