by Ben
The Redskins had a very productive offseason in which they infused the team with youth and talent via the draft, revamped the wide receiving corp, and addressed their glaringly obvious defensive concerns.  This past offseason was abbreviated and quick, and yet it was a very positive one for Redskins Nation.  There was a clear plan to get younger, deeper at certain positions, and set a foundation for a dysfunctional franchise. At the helm of the revamp was by salary cap connoisseur Bruce Allen and head coach Mike Shanahan.  The only question mark for their plan remained at the quarterback position, which has evolved into the most important position in all of sports.
The Washington Redskins entered camp with two quarterbacks set to engage in a quarterback battle that captivated the DMV, but registered more like a fart in a hurricane to the rest of the country.  But that’s just fine with Redskins Nation because it’s time to fly under the radar after years and years of our owner throwing our team into the spotlight for all the wrong reasons.  The quarterback competition that had our fan base picking sides quicker than when Brad and Jen broke up was held between Rex Grossman and John Beck.  Yesterday the Shanahans announced that Rex Grossman would be the Redskins week 1 starter vs. the New York Giants.  There was a lot of reaction out of Redskins Nation (and a 5 second segment on Sportscenter) with many supporting this decision and many angrier than Rosie O’Donnell when she’s on her period.
There was so much speculation about the quarterback battle on whether or not John Beck was playing with a loaded deck.  There was speculation that the job was Beck’s unless he fell flat on his face, but it appears this media propaganda ended up being false.  This really was an old fashioned quarterback battle in which Rex Grossman came out victorious at least for the first week.  I really do not understand this decision because we know what we are getting with Rex Grossman.  He has been in the league since he was drafted by the Chicago Bears in 2003.  He led them to Super Bowl XLI where they faced THE Peyton Manning and his Colts, but played poorly (2 INTs and 2 fumbles) and the Bears lost.  That was the peak of his powers because Rex Grossman is, well, Rex Grossman.  For those of you don’t know what that is, it is a pleasantly plump gunslinger who likes throwing into triple coverage.  He takes risks that players with more talent than him would never even think of (Cut to Brett Favre looking confused).  With Rex Grossman at the helm our best case scenario is a 7-9 season, and that’s being super positive.  However, with John Beck we really do not know what our best case scenario is.  Beck was given limited opportunities in the NFL and played about as well as Heath Shuler.  With that said, Shanahan has been very high on Beck and Beck certainly does not lack the confidence and moxie that is necessary for all NFL quarterbacks.  Beck played well early in the preseason, but had some of his weaknesses exposed in the last couple of weeks.  It is no secret that he tends to stare down receivers and ended up lacking accuracy.  With enough reps and the confidence of his coaching staff maybe John Beck could be the answer at quarterback.  John Beck is more of an unknown, whereas with Rex Grossman, we know what we’re getting.  I think it would have been a better idea to roll the dice with Beck early on, and if he bombs then turn it over to Rex.  No harm, no foul, at least we gave the unknown/unproven guy a shot.  Grossman probably would not have liked being second fiddle (again), but he is a veteran and a professional and he would have been prepared to take the helm after Beck faltered.  John Beck has been the outspoken face of the team during the locked out offseason, and has been really fired up about being the no. 1 quarterback.  By placing him as the number 2, the Redskins may risk losing a little of that fire, but Beck has some fire on reserve judging by his hair color.  We will see how they both perform in their roles with Grossman as the starter and Beck as the backup waiting in the wings. I hear Vegas has set the over/under at 2.5 interceptions before “We Want Beck” chants starting raining down at Fed Ex Field.  I’ll take the under. 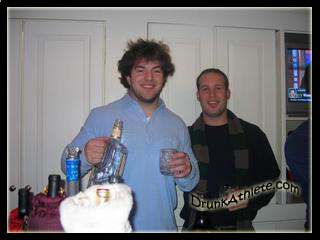 There are a couple of ways to look at the decision to start Rex Grossman because with the Shanahans nothing is ever clear.  The Shanahans are harder to read than when your girlfriend asks “if that girl is pretty?”.  Maybe the Shanahans really are trying to “Suck for Luck” and they think Rex Grossman gives them the best chance at 3-13.  If that is the reason than I’m all aboard! I’m all also “Jonesin’ for Jones” and I could be persuaded to “Go to bat for Matt”.  I think something that cannot be ruled out is the power that Kyle Shanahan holds within the decision making with this offense.  Last year it was he who campaigned to bench McNabb and start his best buddy Rex Grossman.  I think that’s what happened here with Rex vs. Becks.  Maybe Rex was the QB that was playing with a loaded deck all preseason, and his ace in the hole was Kyle Shanahan.  Is Mike Shanahan that dad who desperately wants his son to think he is a “cool dad” so he buys him a Camero for his 16th birthday?  Not to say that Rex Grossman is a Camero.  He is more like that beat up El Camino that your uncle refuses to sell despite the rust and bum brake pads.  But you catch my drift.  Finally, maybe John Beck is just not ready to take over the offense.  Of course with Mike Shanahan, this could all just be a smoke screen and John Beck will be starting week one.  That’s unlikely, but it cannot be ruled out.
I’m as die hard as it gets when it comes to the Washington Redskins and I really like the direction the Skins are going in.  The run game looked awesome this preseason with the o-line opening huge holes for cutback artists Tim Hightower and Roy Helu.  The defense will be much improved from last year, but that’s also like walking out of the theater after seeing “Gigli” and saying Ben Affleck’s next movie will be a lot better.  Brian Orakpo and Ryan Kerrigan are going to mutate into “Kerrakpo” symbolizing one of the best pass rushes in the league.   Overall, it just seems like there is a solid foundation being built at Redskins Park that even Dan Snyder can’t get in the way of (at least not yet).  With all that said, I am tempering my expectations for this season which is a big change for me since I predict a 10-6 minimum every year.  This does not make me a fair-weather fan, it makes me a realist.  I will watch 16 Redskins game this year and for 60 minutes I will probably be living and dying on every play just like every season before this one.  However, I cannot see myself being distraught if this season does not end well because there is a plan in action at Redskins Park that we haven’t had in 11 years.  I trust Bruce Allen and Mike Shanahan and I think they will get us back to the top, but unfortunately we gotta fail before we can hail.  Our time is coming Redskins Nation but we may need a little Beckual Healing after being Rexually Assaulted for a few games. 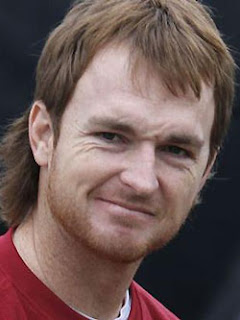 Questions, comments, concerns, please do not hesitate to email us at beltway.battle1119@gmail.com
Follow us on twitter @Beltway_Battle
And check us out on Facebook at “Battle of the Beltway” for updates, posts, and pictures of Tyler in scantily clad clothing.
Posted by Battle of the Beltway at 2:33 PM