Whatever happened to predictability? The milkman, the paper boy, evening TV? While those questions may be rhetorical, this one is not: WHATEVER HAPPENED TO QUALITY T.V. SHOWS?!?! God bless my parents for making boom boom in the mid-80’s thus allowing me to grow up during pinnacle of T.V., music, and video games…better known as the 1990’s.  You remember that time dontcha? When JNCO jean shorts were considered “rad”, and the only shoes worthy of wearing were Airwalks? What a decade, they just don’t make em like they used to folks.  The best part about the 1990’s had to be the quality television shows that were watched by us youngsters.  Thank god we weren’t inflicted with shows like Spongebob Squarepants (a show I not so secretly love), Hannah Montana, and and iCarly.  Just plain unadulterated garbage.
Instead we were given good wholesome shows that pandered to our attention spans with shotty acting, tear-jerking life lessons, and beautifully scored theme songs.  Even Beethoven is impressed with some of the masterpieces that the 90’s gave us (more on that gem later).  It was almost impossible to narrow it down to a list of ten shows. I compare this task with Antonio Cromartie trying to name his favorite child…there are just too many options!  This list is purely opinion based and in reality the order was super tough to accurately come up with. But I’ve done my best.  Now lace up those L.A. Lights, grab a Capri Sun and take a stroll down memory lane with me. (link)
10) Hey Dude!
Hey Dude was a classic Nickelodeon show that starred super cool teenagers in acid washed jeans and cowboy hats.  It lasted 5 seasons and totaled 65 episodes, each one as great as the next one.  It took place on a dude ranch in Arizona called “Bar None Dude Ranch”, which is clever because this was the best country western 90’s show…bar none.  See what I did there? Yes, this show was a bit corny but corniness was staple of any 90’s show worth it’s salt.  Let’s be real, 90’s shows had more corn than a poo after a burrito bowl from Chipotle. This show gave us a glimpse at the young Christine Taylor aka Matilda from Zoolander.  I refuse to believe Ben Stiller could pull anyone so hot!  But this show had it all, a quirky boss, a hot blonde, a mischievous main character, and a token Mexican/Navajo.  Singin’ YIPIKIYIYAY! Better watch out for that killer cacti y’all!
9) Salute Your Shorts
How classic is that theme song? Camp Anawanna, we hold you in our hearts, and when we think about you, IT MAKES ME WANNA FART!” Ohhhh Budnick, you red-headed-mullet-rockin-tough-guy-who-deep-down-has-a-gentle-soul.  This show had some great characters, Donkeylips, the aforementioned Budnick, and of course the strict disciplinarian who always had zinc on his nose, Zeke.  Truth be told that was never zinc, but it was actually blow. Come on wouldn’t you be whacked out of your mind if you had to play Zeke everyday? This show is full of shotty acting and cheesy lines, but it is best known for the nicknames of the campers.  “Ug” because his last name is Lee. Get it? Tip of the cap to you Mr. Nickelodeon. And of course “Sponge” because of his ability to soak up information.  The most eccentric nickname had to be Donkeylips, but we never found out exactly why he was given that moniker.  I guess it will go down as another unsolved mystery of the 1990’s like were the actors who played Pete and Pete really brothers?
8) All That!
Not quite live, but ready for primetime!  All That was the foundation of Saturday night on Nickelodeon, better known as SNICK.  This sketch comedy show was the kids version of Saturday Night Live and it came on a full two hours earlier so we were able to watch it before throwing on our Ninja Turtles PJ’s and calling it a night.  All That gave us memorable characters like Ed from Goodburger, Pizza Face, Ishboo, The Loud Librarian, and my personal favorite Pierre Escargot.  This show launched the careers of Keenan Thompson and Amanda Bynes, but their biggest star had to be Lori Beth Denberg.  But that has to do strictly with her size and not necessarily her acting chops.  All That also had musical guests at the end of the show, and one of the most confusing moments of my childhood came when Naughty by Nature performed O.P.P.  I ran to my pops and asked him what did O.P.P. stand for and he turned white as a ghost and stammered…”Other People’s Pus-Uh-Problems”. Whoa close shave pops! That my friends is parenting 101. Take notes.
7) Doug
Again, just another fantastic theme song, very catchy, and unforgettable.  In school Doug Funnie may have been the quiet and unassuming middle schooler, but in life he was an ICON!  He clearly had the hots for Patti Mayonaisse, and he clearly made her giney tingle.  You could feel the sexual tension between these two through the TV.  Doug and his buddy Skeeter (only I the 90’s could Nickelodeon get away with naming a character that) were always having to deal with the school bully Roger Stotts.  Nickelodeon decided not to deal with race issues in this show by making everyone different color skins, Doug was caucasiain, while Skeeter was blue, Roger was green, and Patti was snooki…I mean turd brown.  Who could forget the transcendent rock group The Beets and their catchy tunes “Killer Tofu” or “I Need Mo Allowance!” Who didn’t need more allowance back in the 90’s? I think we should all walk up to our bosses and instead of asking for a raise, we should start singing, “I need mo allowance, yodalayhee!” 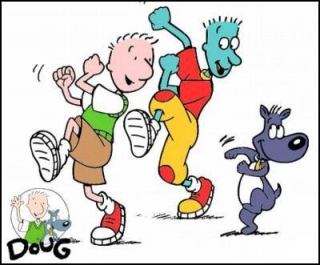 6) Step By Step
Divorce can be a very tough subject, especially for the kids who it affects most.  My parents fortunately never divorced and are still together, but many children of the 90’s had to deal with the heartache of divorce.  Step By Step provided hope and positive vibes for kids of divorce, in the same way that Lesley Visser does for ugly female reporters.  The Foster-Lambert clan was the all American stepfamily lead by patriarch and contractor Frank Lambert and matriarch and the original MILF Carol Foster.  Step By Step was a pivotal cog to the TGIF machine that churned and burned it’s way into our hearts and minds.  The kids were essential whether it was J.T.’s stupidity or Mark’s absurd brilliance or even Dana and her crunchy granola feminism somehow being tolerable.  But no other character rearranged the landscape of culture or the Lambert-Foster’s refrigerator than Cody. The Codeman became a pillar of cool during the 90’s; he had swag, charisma, and the intelligence of the lovechild of Paris Hilton and Pauly Shore.  This iconic show made us truly believe that we’’ll make it better the second time around! On behalf of America and especially Port Washington, Wisconsin…thank you Step by Step. 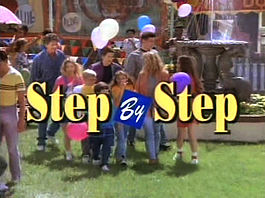 5) Family Matters
It’s a rare condition, this day in age, to not be disgusted by some of the shows on TV right now.  But back in the 1990’s we had the Winslows and their quirky neighbor Steve Urkel.  Who didn’t love Steve and his timeless sayings like “did I do thaaaaaat?” The Winslows were a middle class family living in Chicago led by Carl their police officer father, and Harriet the sultry and raspy-voiced proud momma.  The show was supposed to be centered on the Winslow clan, but Steve stole the show and became the focal point.  Not since the Cosby show had a show centered on an African-American family had so much success.  The show dealt with controversial subjects and Eddie Winslow found himself in the middle of most of them whether it was cheating on a test, getting beat up by gangs, or even failing to pay debts to a pool shark.  Eddie’s pal Waldo may have stolen the show from time to time, but the show was clearly centered on Steve and his unrequited love with Laura Winslow.  The cat and mouse game these two played was the stuff of legends.  On a side note can we all just agree to forget the seasons with Stefan and Myrtle? Ok, thanks. 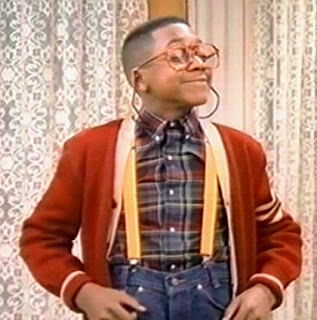 4) Full House
How could Full House possibly be #4?!?! Honestly, I the final four are really 1a, 1b, 1c, and 1d.  The final four of those list are like the 4 Aces of the 2011 Philadelphia Phil….oops sorry Philly.
The Tanners blew up the common definition of family.  Apparently 3 men could do the job of parenting way better than a man and a woman.  If only Pat Robertson would just sit down and watch Full House maybe he wouldn’t be so damn ignorant.  Now clearly, Danny, Uncle Jesse, and Uncle Joey weren’t gay, I mean the Tanner house was a revolving door of snatch.  Well Jesse pulled chicks, Danny had his string of long-term relationships, and Joey well, maybe Joey was gay.  I mean the guy did live in San Francisco and wore a lot of tight fitting denim.  But that is neither here nor there, Danny, Jesse, and Joey were the Big Three before Wade, Lebron, and Bosh could even dribble a ball.  Full House had it all; cute kids (how hot was D.J. when we were growing up? I’m talking high school/older sister DJ…not “Lay off my donuts!” DJ), comic relief with Uncle Joey’s impressions and Kimmie Gibler’s antics, and of course the final scene of every episode when Danny Tanner would sit down with one of his daughters and wax something eloquent while tear-jerking theme music serenaded our souls in the background.  Those of use who grew up in the 90’s became used to seeing a house with three father figures, but have recently had our lives altered from seeing what Bob Saget is up to these days.  Does anyone else think he needs to drop this whole raunchy prick façade and go back to his gawky-nerdy-fatherly true self? I think I’m about to have a Danny Tanner moment right now!
Cue the tear-jerking music please: Bob, grow out those flowing locks that made Danny Tanner who he was. Throw on a cardigan, an apron, and grab the mop.  Find that inner Danny Tanner and stop parading around as this man who we all know is not you.  You’re a father first. When you go home tonight, and tuck in DJ, Stephanie, and Michelle, tell them you love them and that you’re sorry you’ve become this coke snorting, raunchy joke telling, absentee father. Get back to your roots. 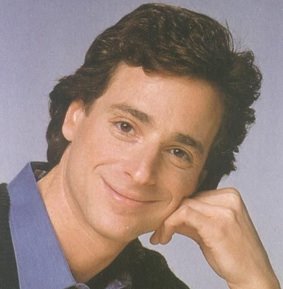 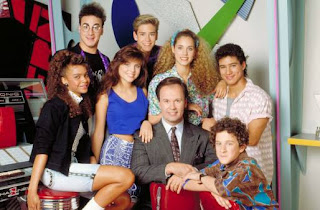 So there you have it.  The complete list of the top ten TV shows from the 1990’s. Again this list is completely opinionated and ranking the top ten TV shows from the 1990’s is like ranking your ten favorite porn stars…in the end we are all winners, am I right?
Close but No Cigar (Honorable Mentions): Clarissa Explains it All, Kids Incorporated, The Mickey Mouse Club, Ren and Stimpy, Keenan and Kel, Hey Arnold, Home Improvement (I have no idea how this show didn’t make the cut), Growing Pains, Bobby’s World, The Dinosaurs…Shows like GUTS, Double Dare, Wild And Crazy Kids, Legends of the Hidden Temple, American Gladiators, or even What Would You Do will get their list of Top Ten 90’s Game Shows.
Questions, comments, concerns, please do not hesitate to email us at beltway.battle119@gmail.com
Follow us on twitter @Beltway_Battle
And Check us out on Facebook at “Battle of the Beltway” for updates, posts, and pictures of Tyler in scantily clad clothing.
Posted by Battle of the Beltway at 4:50 PM